Do Citizens Dream of a Control Room? Imagining an Alternative Smart City

For the 'Political Imagination and the City' Conference in Santiago de Chile, Chile, I co-wrote a paper with a TRADERS colleague titled 'Do Citizens Dream of a Control Room? Imagining an Alternative Smart City'.

'Political Imagination and the City' Conference

The debate about ‘smart cities’ is in a deadlock: ‘smartness’ is envisioned as top-down governance aimed at efficiency and resiliency, while state’s responsibilities are reduced with the excuse of enabling citizen participation in decision making. This paper explores how these two seemingly opposing concepts of top-down control and citizen empowerment can be reconciled as part of the same ‘smart’ ideology. By problematising the concept of (the) ‘control (room)’ and extracting lessons from the past and present, this paper aims to reconceptualise issues concerning control and civic participation and imagine an alternative smart city where citizens and designers have more agency over its governance and social processes.This exploration takes a plurivocal shape, where the authors’ voices represent two modes of research: (1) a macro-level, represented through a linear argumentation, and (2) a micro-level, shaped by a personal narrative. This approach -along with the article’s title- is influenced by the novel Do androids dream of electric sheep?, which served as the basis for the 1982 film Blade Runner. In this novel, Philip K. Dick (1968) follows the story of Rick Deckard, a bounty hunter in charge of “retiring” (i.e. killing) six androids in a post-apocalyptic world. The novel uses a speculative fictional narrative to question essential aspects of what it means to be human in a technology-dominated world, by placing empathy -opposed to technology- at the centre of humanity. We believe this speculative approach can aid us in scrutinizing the ubiquitous role of technology in today’s cities and enable us to imagine an alternative future scenario. The first voice -describing a wider context and therefore referred to as macro- presents an analysis of historical and current references that contextualise the issues surrounding ‘smart cities’; the second voice -dealing with the personal story of an individual and therefore referred to as micro- interacts and makes use of the first voice as a frame in which an alternative future is illustrated. The relational and speculative nature of the two voices attempts to break the aforementioned deadlock, by building on existing realities to propose alternative imaginaries for the ‘smart city’. 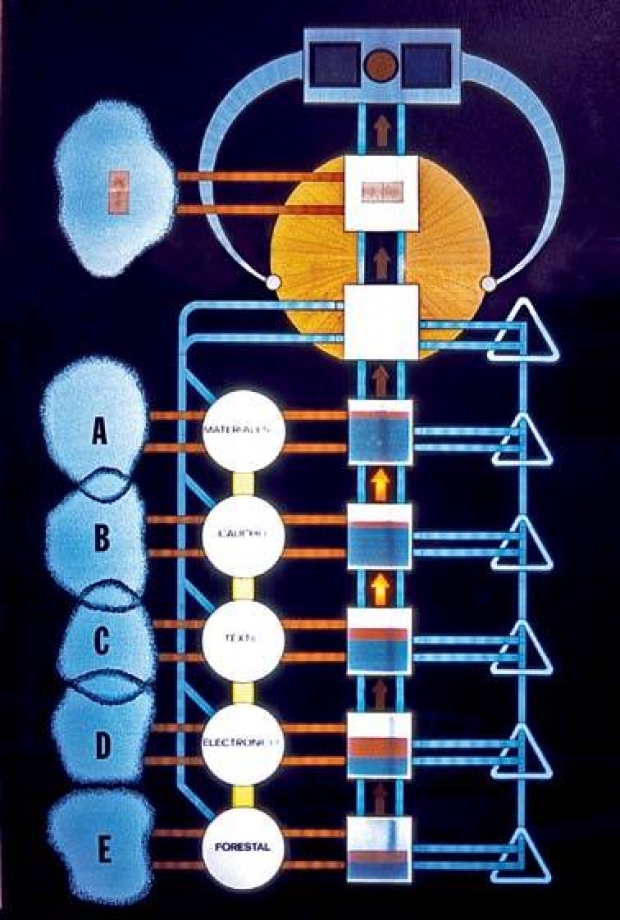