The International Design Seminar (InDeSem) is held every two years at the faculty of Architecture of the TU Delft, Netherlands. This seminar consists of a week-long workshop with 80 international students, and a programme of lectures, excursions, exhibitions, debates, documentaries and more. Since its founding in 1962, InDeSem has had the honour of hosting internationally acclaimed architects and theorists, such as Aldo van Eijck, Adriaan Geuze, Jean Nouvel, Rem Koolhaas, Michael Speaks and Ben van Berkel. In the past, Indesem was supervised by Wiek Röling, Herman Hertzberger and Winy Maas. In the 2009 edition InDeSem combined forces with Michiel Riedijk.

In every edition, students from all over the world tackle important contemporary issues that influence the architectural discipline. The fundamental idea of the seminar is to create an environment where students and professionals can debate about the architect's role and position. The outcome of this seminar contribute to an ongoing discourse within the architectural education and profession (2009.indesem.nl)

The theme of the 2009 InDeSem was 'sensory experiences'. The assigned locations for the interventions were the subway stations of the city of Rotterdam.

In collaboration with three international students, I developed a proposal for an underground ‘park’ shaped by movement flows that react to different uses of the public during the day. These flows change from fast connections to a landscape with paths of relief. 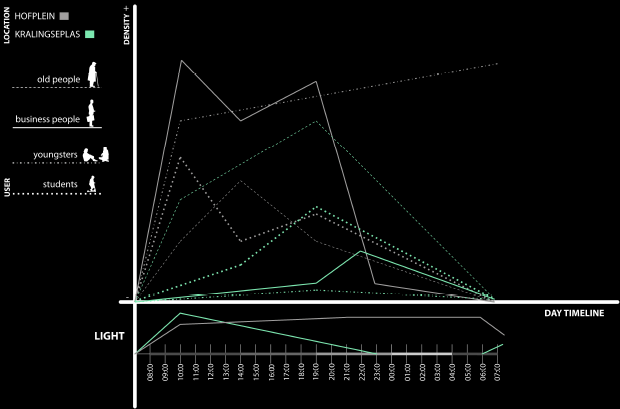 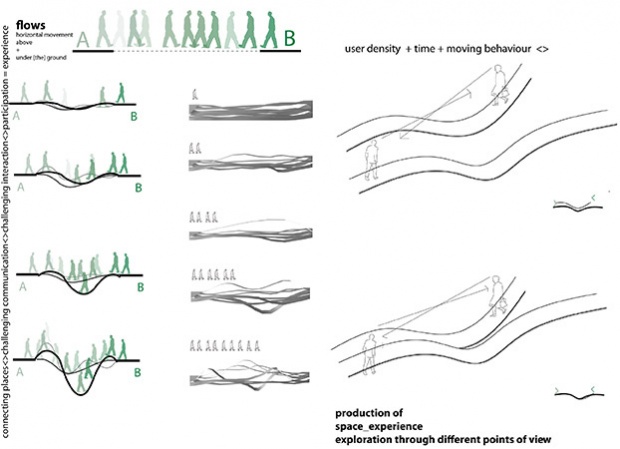 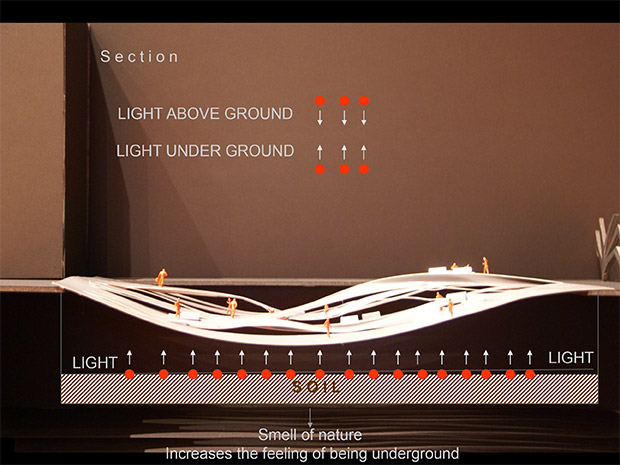