In January 2017 I was commissioned by muf architects to conduct a data study to support their public realm strategy for Whitechapel, London.

I was interested in conducting a visual study on one of the themes that was discussed. I aggregated Instagram data that were tagged with the geolocation of Whitechapel for the time period of one week. One of the items of muf's proposal for Whitechapel included introducing more green in the area. In the study I filtered data on places and then abstracted the colours of the Instagram feed to analyse which colours are represented in the area at the moment. I conducted the same study for a different neighbourhood, Stoke Newington. This second analysis showed far more green tones than the Whitechapel visual, confirming the architects' hypothesis of a lack of green in this area.

The lack of green in the abstractions could be related to a lack of green and overrepresentation of greyness in the neighbourhood (asphalt, sidewalks, buildings, etc.).

With this art-based approach of analysing the data I tried to capture a more qualitative view of the neighbourhood that visually demonstrates a concern and deficiency in the current urban fabric of the area. 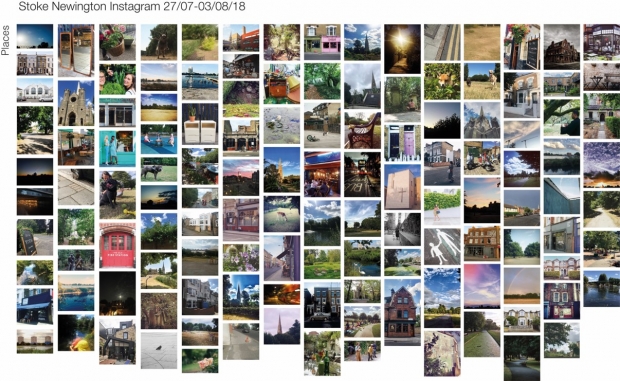 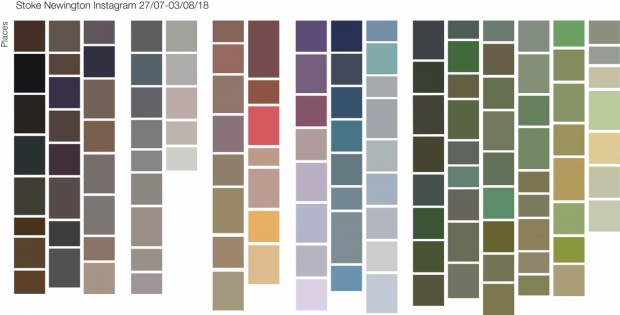